Why do companies need rebranding?

Here’s an open secret: building a strong, consistent brand is not a piece of cake. The same goes for a rebranding campaign, as it may take, by and large, way more time and effort to succeed. Unfortunately, only 39% of B2B companies have a clearly articulated brand strategy. However, while reconsidering your brand design can be really advantageous, a lack of creative and design skills may lead to a dramatic cascade of rebranding failures or even disasters.

With that said, there are two main reasons why your business may require a complete overhaul of your brand and logo design. So, rebranding is more than necessary if you experience or try to do the following:

The reasons behind redesign failures in 2019

Nowadays, we all are witnessing how emerging innovations disrupt the tech world, thus causing entire industries to upend their success formula for business efficiency. The same is true about design as UI/UX design solutions keep getting more and more optimized and customer-centered.

There is no one-size-fits-all solution for creating an auspicious rebranding strategy, neither are there any everlasting trends letting your eCommerce website or mobile app stay relevant without getting redesigned every once in a while. Since digital tendencies are volatile, here we’ve pinpointed 5 latest UI/UX design trends for 2019 and beyond to make sure you are in the loop about the most effective solutions.

Unfortunately, many redesign campaigns fall flat due to a couple of crucial factors, the most important of which is underqualified staff. That said, one of your teams (or even both!) – marketing or design – may be to blame for redesign failures. So, they may underperform because of:

On the other hand, your designers may be not good enough at providing efficient UX design solutions tailored to the needs of your target audience. With this in mind, make sure whether they realize what it takes to be a good UI/UX designer, before engaging them any further in your rebranding project.

10 most notable redesign disasters you can learn from

While striving to revitalize their own brand or product design, many companies (even the world’s top business giants) oftentimes suffer from the above-mentioned issues. They fail to identify the needs of their existing and prospective customers, cannot anticipate the time and budgeting efforts needed for the project, and underestimate the value of design contribution to the success of the rebranding campaign. As a result, it may hurt the company’s reputation among its peers and customers, and lead to a huge loss of revenue.

Snapchat is a vivid example of how not to listen to your target audience and jumble all attractive features, which were much adored by customers into a whole mess. Unexpectedly surprised users even do hate the redesign appearance and signed a petition to make the company reverse everything to the original design look. In spite of negative customers’ feedback, CEO persists that every single feature they have introduced to a new design is sooner or later will become popular among end-users. However, the revenue figures of Snapchat have dropped tremendously! And the reason why they ignore the backlash from their most devoted fans is not clear.

When Reddit was underway to do a complete overhaul, this urged its fans to write a slew of negative comments, saying that its design was absolutely OK with them, so any rebranding moves were totally unwanted. Indeed, wrong placement of drop-down menus and display switcher made customers go mad about the new design. The same goes for the overall layout and scrolling features. The outcome is quite disappointing, as the website has lost much of its fan base.

AS true Google fans actually stated – the new Google News simply sucks! No matter how vulgar it sounds, it has a reason behind – the end-users did not accept the redesign look, clamoring to entirely revert to the previous appearance instead. Once again, marketers ignored the customers’ expectations and the company’s revenues plummeted significantly.

Pepsi in its never-ending competition with the Cola Cola company made an unexpected decision that its logo leaves much to be desired and doesn’t comply with customers’ needs. With this in mind, the company commissioned the third-party contractor to reshape the company’s look and corporate logo. However, the results were lousy for a number of reasons. Along with the customer churn, Pepsi spent in vain over $1 billion on logo redesign and the overall rebranding campaign.

Seemingly, no one could ever outperform Xerox in terms of making carbon copies all over the world. Yet, this company is another example of wrongfully executed rebranding strategy. Simply put, they decided to get rid of an old-school logo, instead opting for a new, ball-like bran appearance. the users found it very confusing, as it resembles the look of a gaming platform, XBox One. n their afterword, designers tried to explain the changes, however it gained no traction among customers.

Hoping you find this article useful, we lend our helping hand for those businesses, who want to avoid those redesign failures and have a robust design solution. So, please do not hesitate to contact us right away.

Liked this? Try these… 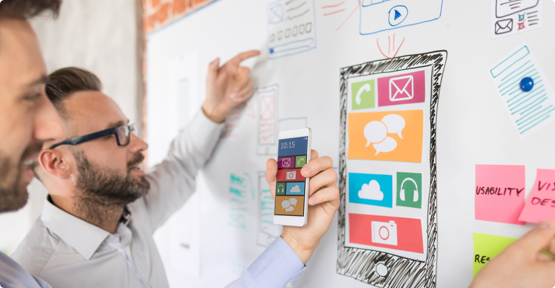 Implementing wireframes and mockups on early stages of the design process have gained much popularity in recent years.
It does prove its efficiency since wireframing allows you to test every single idea beforehand.

Never seize the opportunity to improve the visual side of your eCommerce project with good-looking design components, that will provide the users with better experience and engagement. Our team prepared few recommendations for your next website’s design update – try them and get the competitive advantage over your competitors! 🙂 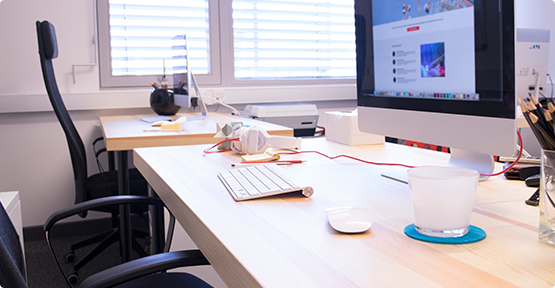 If you really take care of your project, you know that the user-centered design is an essential part of its success. Nowadays the design market is overcrowded with semi-qualified companies, who can’t guarantee the rich rewards, asking for the high fee. Let’s try to highlight the most important points you need to pay attention to, looking for the appropriate ux design agency.